Analysing information relevant to land cover changes is a fundamental issue in studies linked to environmental diversity. The use of multi-time satellite images at different scales allowed continuous observation of land cover changes. Due to significant changes in land cover, specifically in the decades 2000–2010 and 2010–2020, al Najaf Province was selected as the study area. This work aimed to study changes in land cover in Al Najaf Province from satellite imagery, using change vector analysis (CVA), through the last two decades (2000–2010 and 2010–2020). The enhanced vegetation index 2 (EVI2) and the dry bare soil index (DBSI) represented the vegetation and soil condition in the study region. They were estimated via images from the satellite Landsat-5 TM for March for the two years 2000 and 2010, and Landsat 8 OLI 2020 for the same month, then were considered the parameters for a land cover change analysis using the CVA. The outputs of the CVA were assessed on maps of land cover obtained through the supervised classification for the above-mentioned images. The results of the change vector magnitude found that the ratio of the changed area reached 46.58% and 56.35%, and the
unchanged area was 53.42% and 43.65% for the periods (2000–2010) and (2010–2020), respectively. The results of the change direction revealed that the moisture reduction ratio was 26.93% and 4.85%, while the vegetation regrowth ratio was 15.81% and 38.79% for the same two periods, respectively. The results of the two periods considered exhibited that the EVI2- DBSI combination presented promising performance results with the overall accuracy of 0.90 and 0.92 and a kappa index of 0.867 and 0.852, respectively. As a result, the CVA technique offers a promising way to track environmental changes that are connected to the dynamics of land use/land cover in this region. 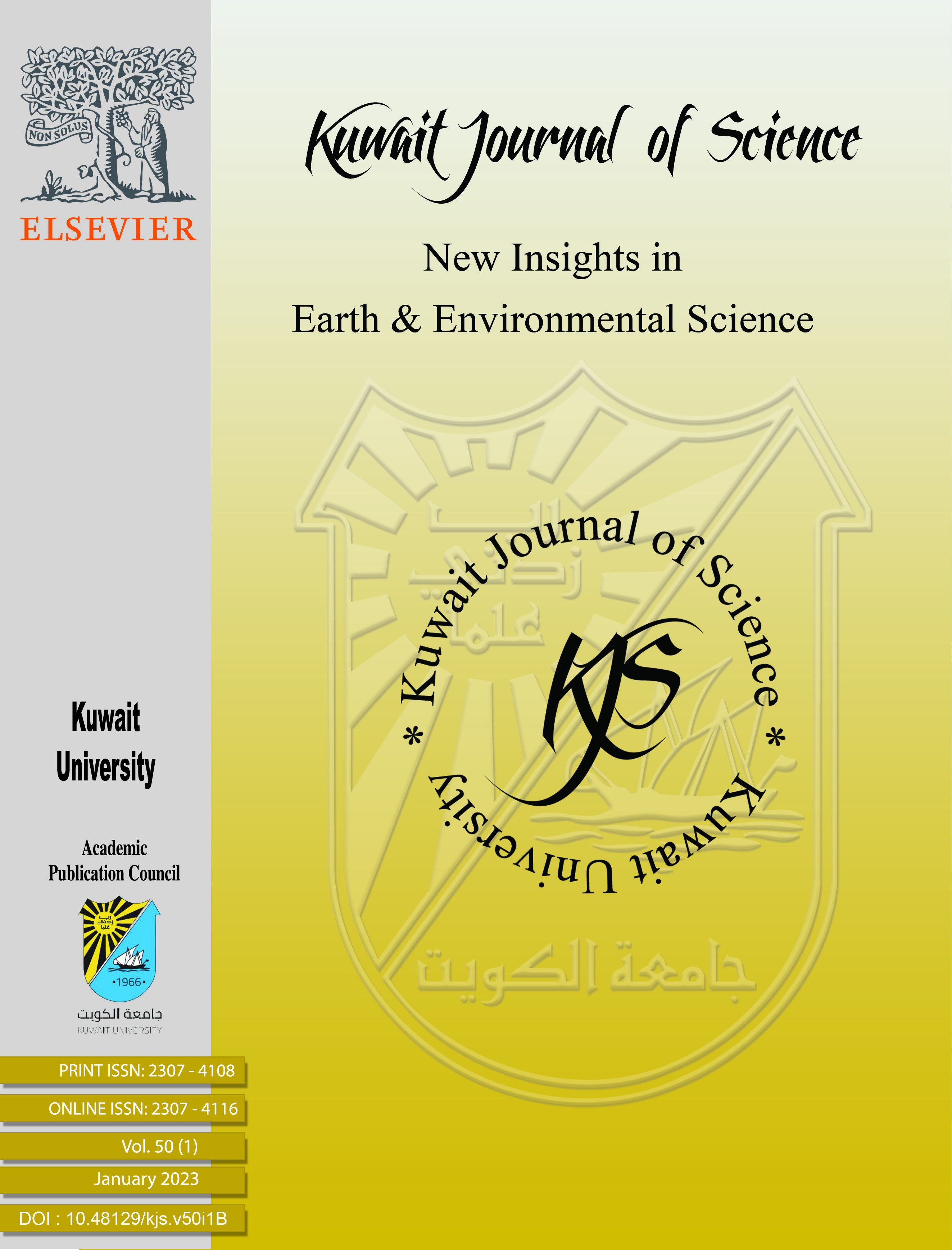